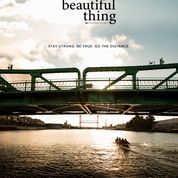 The Princeton National Rowing Association, working with the Mercer County Park Commission and the Mercer County Improvement Authority, is please to present an outdoor drive-in style showing of the documentary “A Most Beautiful Thing” on Sunday, September 27 beginning at 7:00pm. A conversation with Arshay Cooper will take place immendiately after the film and be hosted by Capital Area YMCA CEO Sam Frisby. The showing will take place at 80 Hamilton Avenue, Trenton NJ 08611.

Called “amazing” by the Chicago Sun-Times; “one of the best documentaries to unveil at South by Southwest” by Roger Ebert, an “absolute must watch” by Deadspin, “a film we could really use right now” by The Hollywood Reporter, “one of the best films this decade” by ChicagoNow (and garnering a 100% Rotten Tomatoes rating), A MOST BEAUTIFUL THING, narrated by the Academy-Award/Grammy-winning artist, Common; executive-produced by NBA Stars Grant Hill and Dwyane Wade along with Grammy-award winning producer 9th Wonder; and directed by award-winning filmmaker (and Olympic rower) Mary Mazzio, chronicles the first African American high school rowing team in this country (made up of young men, many of whom were in rival gangs from the West Side of Chicago), all coming together to row in the same boat. An amazing story.

Admission: a suggested donation of $20