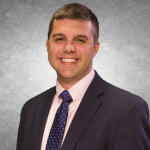 Coach Carlsen began his rowing career in high school as a coxswain.  He continued his rowing career at Miami University of Ohio where he served as team captain for three years.   He graduated in 2012 with a degree in Marketing and Decision Sciences from the Farmer School of Business.

Amanda Klaiber-Short attended the University of California at Santa Barbara (UCSB) where she was a member of the rowing team for four years. Ms. Klaiber-Short graduated from UCSB in 2013 with a degree in Psychology.  After graduation she was an Assistant Coach at ZLAC Rowing Club in San Diego, CA and most recently served as an Assistant Coach at Camp Randall Rowing Club in Madison, Wisconsin.

PNRA is pleased to welcome both coaches to the PNRA Mercer Rowing family.

The Princeton National Rowing Association, a 501(c)3 organization, operates the Finn M.W. Caspersen Rowing Center located on the shores of Mercer Lake, Mercer County Park in West Windsor, New Jersey.  The Princeton National Rowing Association is dedicated to operating a world-class training site for our nation’s elite athletes, providing opportunities for area youth to excel in the sport of rowing and to expand rowing in the area through community-based programs.  PNRA runs the Mercer Junior Rowing Program which provides rowing opportunities for youth from over 30 area schools and the Mercer Masters Rowing Program which provides rowing opportunities for adults.  The center is a home to the USRowing National and Olympic Teams, as well as rowing clubs and schools. PNRA has received generous support from University Orthopaedic Associates, Harry’s Army Navy, JL Racing, Resolute Racing Shells, Wells Fargo Advisors-Gould Group, Red Roof Inn, Hampton Inn and Residence Inn by Marriott.