West Windsor, NJ – The Mercer Youth Men’s 4 with coxswain (4+) finished second in the country at the USRowing Youth National Championships in Sarasota, Florida held June 6-9, 2019. PNRA/Mercer had impressive results over the course of the 4 day championship and tied for second among all programs, with six crews finishing in the top 10. A total of nine boats and 39 athletes competed in the national championship held at the Nathan Benderson Park in Sarasota, Florida. 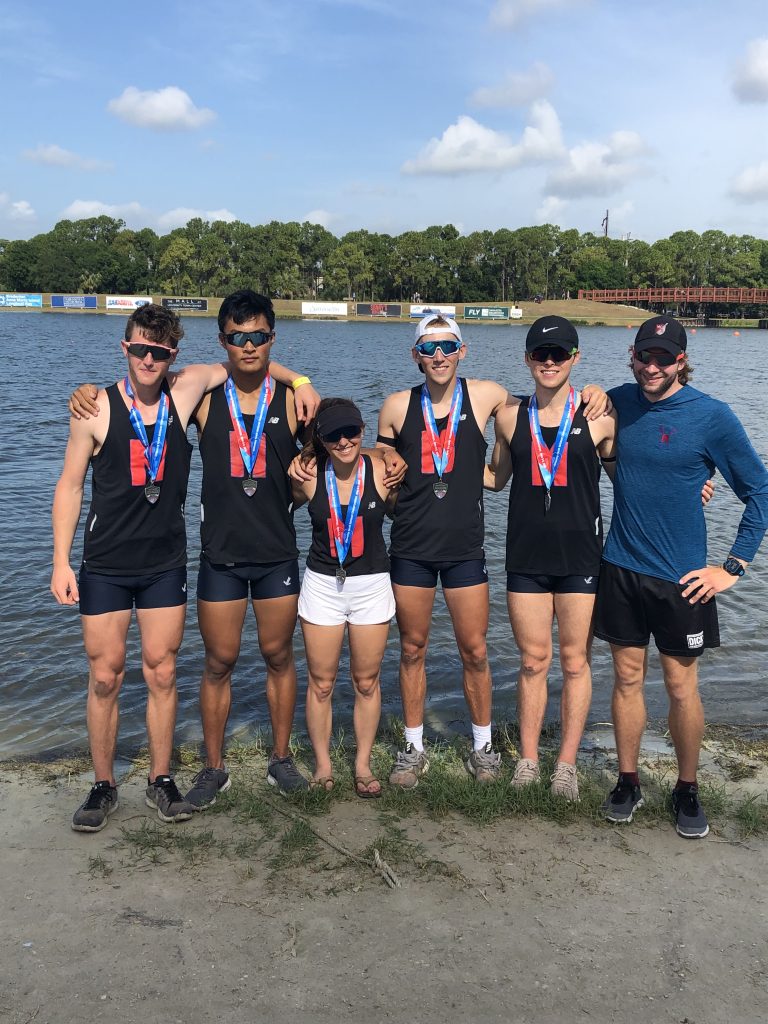 “Nationals was a great experience and getting second in the nation was something truly special” said senior co-captain Brady Stergion (Notre Dame High School). “It’s moments like these that remind me how much effort those around me have put into that race, this season, and Mercer. I feel truly blessed to have been able to compete at the national level.” The other members of the boat include senior coxswain AnneMarie Huber (Stuart Academy of the Sacred Heart), senior co-captain Jack Gallagher (Council Rock North), and juniors Leon Deng (Princeton High School) and Grant Smith (Montgomery High School). The crew finished in a blazing fast time of 6:21.15, less than three tenths of a second behind first place.

Head Varsity Boys Coach Jamie Hamp, who just completed his first year at the helm of the Mercer Boys program, was pleased with the performance of all the Mercer boats. “We had a really young team this spring and definitely had a lot of work to do to get to where we are now. There are some moments we wish we could have back, but overall the boys had a great weekend and raced hard across all levels against the top boats and teams in the country. Everyone learned something from the regatta and I’m excited to see what these guys can do in the coming years.” 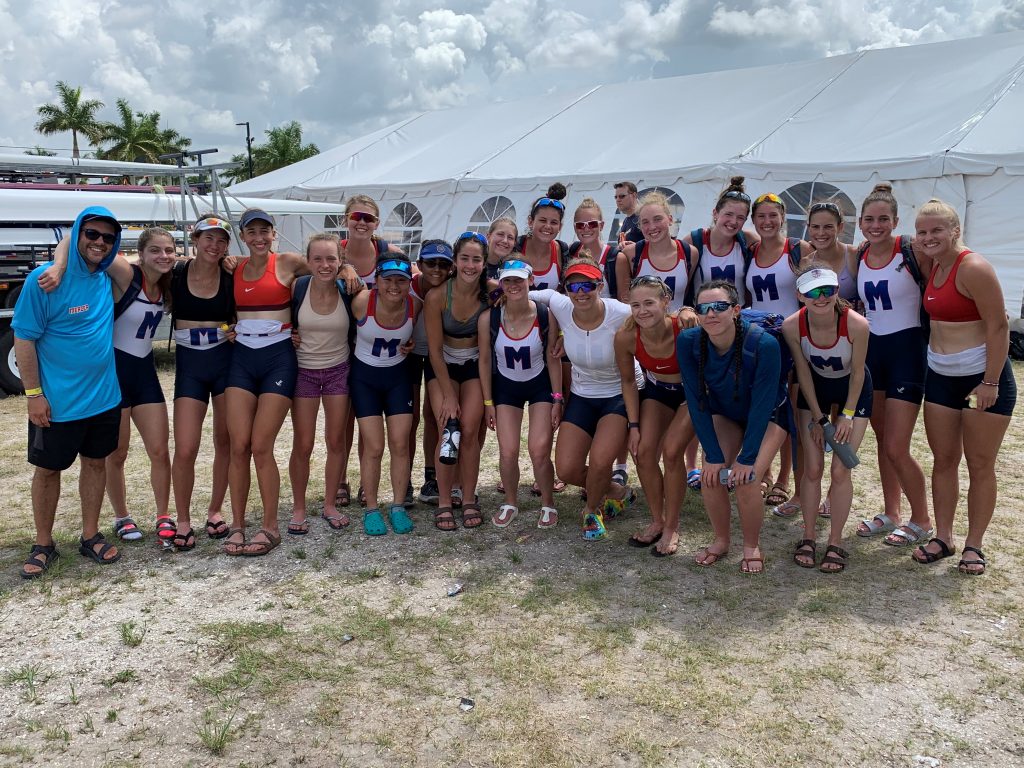 Matt Carlsen, in his third year as Head Coach of the Mercer Varsity Girls, was very pleased with the results from the season culminating national championship. “One of the goals for this year was to have one of the deepest teams in the country and I think after seeing our results from this past weekend, we achieved that goal.  We were the only girls team to send five boats, and all five of those boats finished within the top 20 nationally and that was with nobody double racing.  We would not have had the results we did this past weekend without all 46 varsity girls believing in what our end goals were and pushing each other every day from the start of the fall season to the end of spring season.  We also would not have been able to become the racers that we all saw over the weekend if we didn’t race the boy’s boats over the past few weeks. If we continue the momentum that we have built over the past year into next year, we will have another amazing year.”

PNRA/Mercer raced the Youth Women’s Lightweight Double (2x) which is the first sculling boat the program has ever qualified for the Youth National Championship. The duo of juniors Eveline Enthoven (Princeton High School) and Abigail McAleer (Council Rock North) finished 4th in the C Final putting them 16th in the nation in that event.

The Mercer junior summer program begins June 24 which is when the novice summer camps kick off as well. To learn more about rowing opportunities with the Mercer Juniors, please visit www.rowpnra.org.